Back to all news

What are the Pros and Cons of Inverter Generators 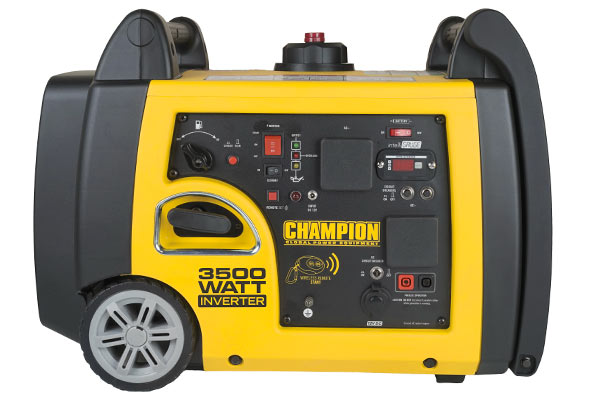 These generators cost a little more, However they run longer, quieter, and much more efficiently.

Inverter generators are the newest generation in generators.

They have many advantages compared to conventional portable generators. Yet there are still plenty of people enquiring as to whether an inverter generator is a more suitable option for them.

Whether you’re going to be staying away perhaps camping or caravanning. Or maybe looking to have a backup for your normal electricity. Choosing the right generator for your specific needs is a must. Your generator can power all kinds of electrical appliances and gadgets when grid electricity is not available.

Hence, here we will look over some of your generator options. Hopefully to get a better understanding of which generator will be suitable for your particular needs.

To begin with let’s look at a comparison between Inverter Generators versus Conventional Generators. As they are both used for the same purpose, there seems to be some confusion among potential users concerning the differences between the two.

The main dissimilarity between the two is that the inverter generator electronically revs the engine up and down to meet power demand. Unlike a conventional generator that runs on full throttle the whole time.

The resulting improvement in energy expended means that you won’t have to top up the fuel tank quite as often. Inverter generators are also known to produce lower emissions and are generally very quiet.

One thing to note is that all generators generate alternating electrical current or A/C power. This is achieved by converting rotating mechanical energy into electrical power. Portable generators rely on an engine that typically runs on petrol, diesel, or propane.

The engine is used to revolve an alternator which then produces A/C. Alternating Current is the same energy the utility companies supply to homes and businesses alike. 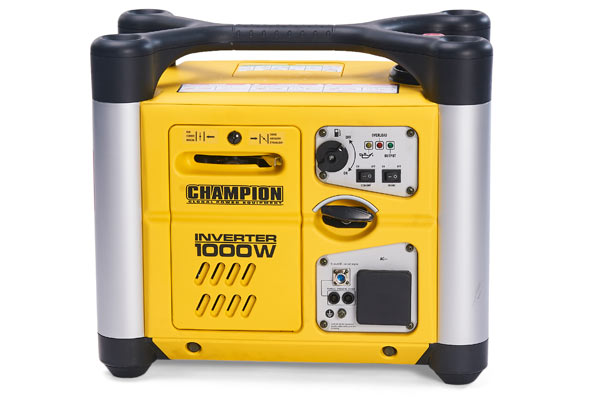 Inverter generator - What you should know

Most generators stop there. However, an inverter generator converts the A/C power to D/C power, then back to A/C power, producing a much cleaner power supply which is much less likely to damage components such as microprocessors to which it supplies the power that may be sensitive to slight variations in generator output. Inverter generators produce energy similar to the electric power coming into our homes.

When correctly filtered, it has the same attributes as a perfect alternating current. Therefore it is safer for devices and other sensitive equipment, such as computers and personal laptops that can break when surges in energy occur.

Portable Inverter Generators combine two basic principles. They produce an alternating current that can vary in frequency in tune with the engine speed. Meaning a higher engine speed results in a higher frequency. In other words, it is generating more current at a higher speed. In the same vein, a lower engine speed produces less current.

The variable-frequency current passes through the rectifier and this transforms it into D/C current. Then the generator’s inverter electrical circuit inverts the D/C to produce a steady 60 hertz A/C current that is clean and causes no up and down spikes or power surges, so in essence, it creates a nearperfect flow of A/C power output.

The stability in the current that is produced is also one of the main reasons that inverter generators create much less noise compared to conventional portable generators. 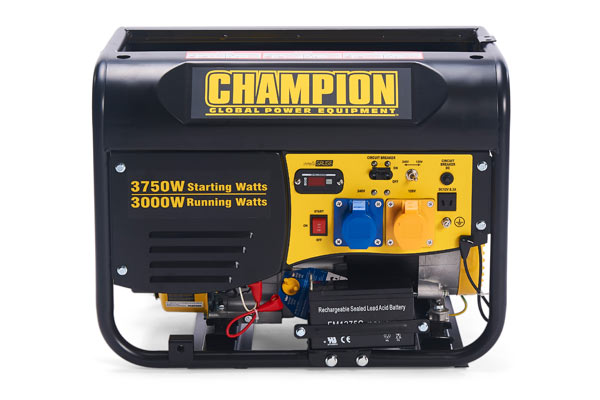 Conventional Generator - What you should know

In comparison, the normal conventional portable generators only produce A/C electricity. The engine speed is fixed at 3600 rpm and runs at that constant speed. However, one of the main disadvantages of most fuel powered portable generators is that the motor cannot run at a steady 3600 rpm. This means, that the voltage and hertz also fluctuate.

The fluctuations are described as ‘harmonic distortion‘. The varying changes in the electrical volume or ‘high harmonic distortion‘ is the main reason fuel-powered conventional portable generators do not produce what is known as ‘clean electricity‘.

What is the best Inverter Generator?

Portable fuel generators have had some new technological advancements in the last few years. One is to significantly improve the safety aspect, by decreasing the threat of carbon monoxide poisoning.

New portable generators use a built-in sensor that ignites an automatic shutoff if CO emission levels become high in enclosed spaces. However, as with most modern fuel propelled machines, they are being built to emit less CO than earlier counterparts. 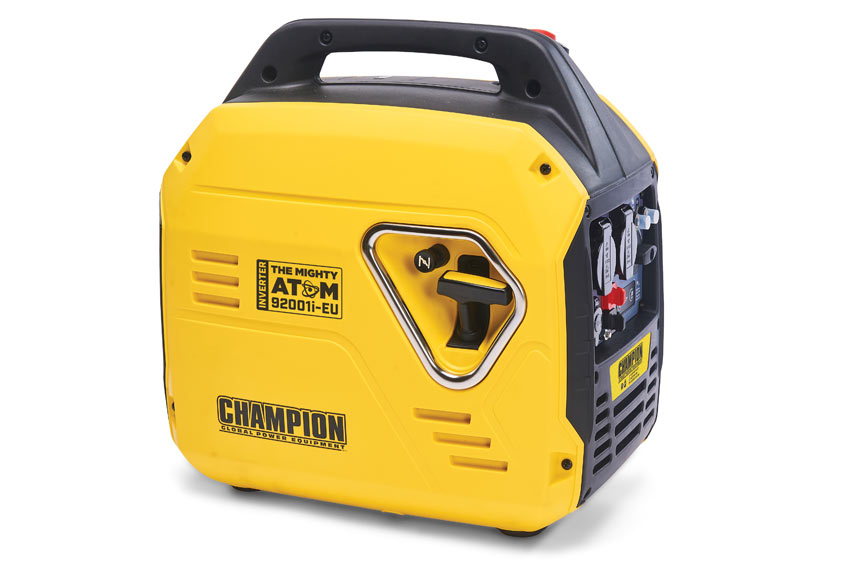 Perfect for those who prefer holidays on the move such as caravan and camping enthusiasts. In fact, this superportable power unit would be an ideal investment for anyone needing that backup and security in emergencies.

Starting vs Max vs Running Watts

Most motor-driven products that you will connect to your generator need extra watts when they start, this is known as starting watts.

The Starting Watts listed on your generator is the wattage the generator can output for an average of 6 seconds (Inverter) or 10 minutes (Open Frame Type).

Once this period is over, and if the wattage has not reduced the Overload Protection will activate and the generator will trip using the following methods circuit breaker (frame type) and flashing overload light (Inverter), if this happens the power (wattage) needs to reduced or disconnected immediately and the generator needs to be reset by stopping the generator and turning everything to the ‘OFF’ position and leaving for minimum 2 minutes (Inverter Only).

The Maximum Watts listed on your generator is the MAX watts output the generator can run at – however it is not recommended to run your generator at the  maximum watts for periods more than average 5 minutes (Inverter) and 60 minutes (Open Frame Type). Once this period is over, and if the wattage has not reduced the Overload Protection will activate and the generator will trip using the following methods circuit breaker (frame type) and flashing overload light (Inverter), if this happens the power (wattage) needs to reduced or disconnected immediately and the generator needs to be reset by stopping the generator and turning everything to the ‘OFF’ position and leaving for minimum 2 minutes. While working in the max zone on an Inverter you will have solid red overload light this is normal.